In 1895, Pearl B. Wait, a cough syrup manufacturer from Le Roy, New York who dealt in patent medicines, bought the patent from Peter Cooper and turned Cooper’s gelatin dessert into a prepackaged commercial product.  His wife, May David Wait, renamed the dessert “Jell-O.” Unfortunately, while Pearl and May were good at making Jell-O, they lacked the capital and experience to market their product. On September 8, 1899, the couple sold the formula, patent, and the name Jell-O to their Leroy neighbor, Orator Frank Woodward, owner of the Genesee Food Company, for $450 (about $12,000 today).

In 1904, He invested in ads in the national syndicated Ladies Home Journal.  The ad, costing $336, featured a “smiling, fashionably coifed women in white aprons proclaiming Jell-O gelatin ‘America’s Favorite Dessert’.” The ads were a rousing success. Annual sales quickly jumped to $250,000 (about $6.2 million).

In 1924, understanding the power of a name, the Genesee Pure Foods Company became, quite simply, the Jell-O Company. That same year, the company hired the soon-to-be-famous Norman Rockwell to draw colorful illustrations depicting Jell-O. He did just that, depicting a young girl serving a Jell-O to her doll at tea time. 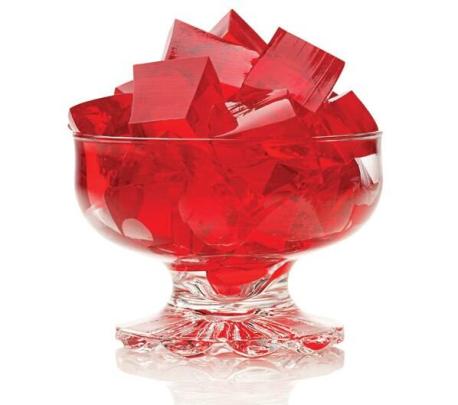 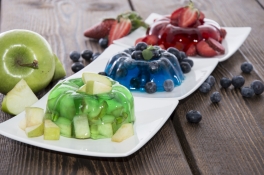 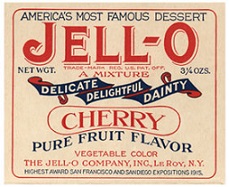