Strict Seventh Day Adventists John Harvey Kellogg and Will Keith Kellogg weren’t about to waste the stale, boiled wheat Will had left sitting out at their Battle Creek Sanitarium.

They attempted to make long sheets of dough, but the process resulted in flakes, which they then toasted.  Patients loved the new dish, and after experimenting with various grains, including corn, the brothers sought a patent for this Granose.

The Kellogg’s company was formed in 1906, but John refused to take part, as he felt the addition of sugar to the corn flakes decreased their health benefit.  The brothers continued to feud for decades after. 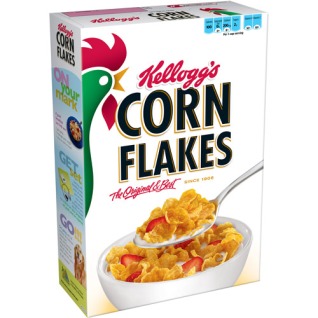