Sometimes referred to as “Spanish doughnuts”/ “Mexican doughnuts”, Churros are traditional Spanish desserts developed centuries ago by Spanish shepherds. Up high in the mountains, fresh baked goods were impossible to come by, so the ingenious, nomadic folk of the hills came up with a delicious cake-like, cylindrical, daily staple which they could easily cook in a pan over an open fire. This was the birth of Churros.

Originally churros were about the size of a breadstick, and they were eaten plain or rolled in cinnamon sugar. In Spain, churros are still a very popular breakfast, snack or dessert. But something this tasty wasn’t destined to remain in its country of origin.

One churro contains about 116 calories. 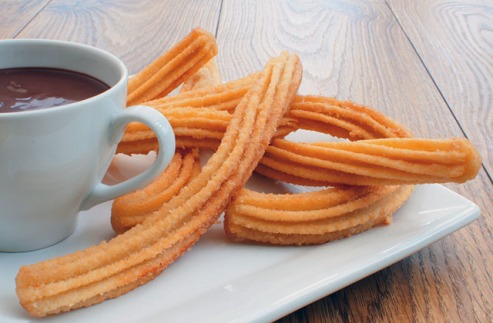 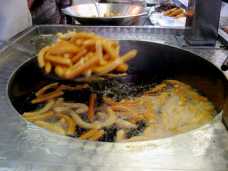