Perhaps more than any other food, haggis has an exceptionally bad reputation.  This Scottish national dish—a mix of sheep’s innards, oatmeal and spices, all wrapped up in a sheep stomach—has been the butt of jokes for years.  It’s a dish that people love to hate, even if some of those critics haven’t had a chance to taste it in over 40 years.  That’s because importing real Scottish haggis to the United States has been illegal since 1971, thanks to a ban on foods containing sheep’s lungs.

Haggis is popularly assumed to be of Scottish origin, but there is a lack of historical evidence that could conclusively attribute its origins to any one place.  The first known written recipes for a dish of the name made with offal and herbs, are, as “hagese”, in the verse cookbook “Liber Cure Cocorum” dating from around 1430 in Lancashire, North West England, and, as “hagws of a schepe” from an English cookbook also of c. 1430.  There is even a suggestion that the Ancient Romans were the first known to have made products of the haggis type.  Even earlier, a kind of primitive haggis is referred to in Homer’s Odyssey, in book 20, (towards the end of the eighth century BC) when Odysseus is compared to “a man before a great blazing fire turning swiftly this way and that a stomach full of fat and blood, very eager to have it roasted quickly.”  Haggis was “born of necessity, as a way to utilize the least expensive cuts of meat and the innards as well.” 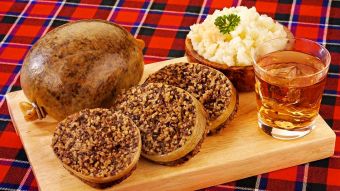 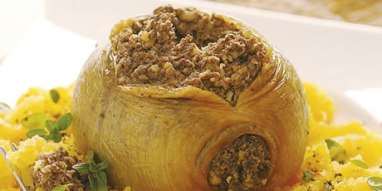