The tourtière is a French-Canadian meat pie that originated in the province of Quebec in Canada as early as 1600. Most recipes for tourtière include ground pork and other ground meats.

The tourtière is a traditional part of Christmas and New Year’s celebrations in Quebec, but the pie is also enjoyed at other times and throughout Canada and the upper mid-west and eastern United States.  There is some debate about the origin of the name of the dish.  Some believe that the dish is named after the now extinct passenger pigeons, called “tourtes,” that were cooked into the original pies.  Others argue that the pie is named after the deep ceramic baking dish that families used to create the pies.  It is, however, agreed that by 1611, the word tourtière had come to refer to the pastry containing meat or fish that was cooked in this medium-deep, round or rectangular dish. 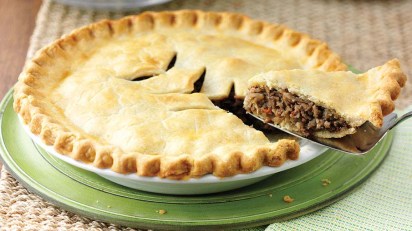 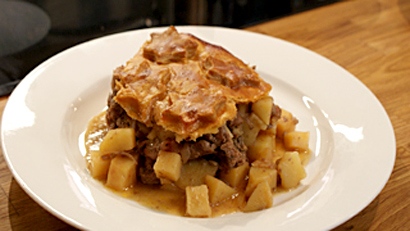