The three sisters soup is a traditional Haudenosaunee staple, consisting of the three sisters:  Corn, Beans & Squash.  I teach this as part of my curriculum in Hospitality.  I have also met Bertha Skye.  How are these two connected?

In 1992, Canada sent its first Indigenous Culinary Team to compete in Frankfurt, Germany at the International Culinary Olympics.  This team consisted of David Wolfman (Captain), Arnold Olson, Andrew George, Brian Sappier and Bertha Skye.  Bertha’s contribution to this competition-Three Sister’s Soup.  What happened at this Olympics was a first for this nation, for our people and for the Olympics.  This amazing Indigenous team brought home 7 Gold, 2 Silver and 2 Bronze medals, including Gold for the Three Sister’s Soup in the soup category.

The intention of this Olympics for this team was to raise awareness of Indigenous culture, so winning these medals were a hugs surprise for them.

“The Culinary Olympics, held every fourth year, is regarded as the ultimate competition for food-service professionals, and this year (1992) draw hundreds of participants from more than 30 countries.” 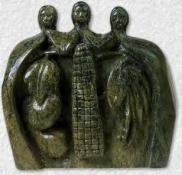 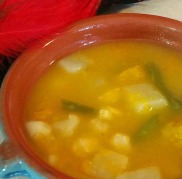 Read the article at this link:  1992 Culinary Olympics