The first known recipe for gingerbread came from Greece in 2400 BC.  Chinese recipes were developed during the 10th century and by the late middle Ages, Europeans had their own version of gingerbread.

The hard cookies, sometimes gilded with gold leaf and shaped like animals, kings and queens, were a staple at medieval fairs in England, France, Holland and Germany.  Queen Elizabeth I is credited with the idea of decorating the cookies in this fashion, after she had some made to resemble the dignitaries visiting her court.

Over time some of these festivals came to be known as Gingerbread Fairs, and the gingerbread cookies served there were known as ‘fairings.’ The shapes of the gingerbread changed with the season, including flowers in the spring and birds in the fall.

Elaborately decorated gingerbread became synonymous with all things fancy and elegant in England. The gold leaf that was often used to decorate gingerbread cookies led to the popular expression, “To take the gilt off of gingerbread.”

Gingerbread houses originated in Germany during the 16th century. The elaborate cookie-walled houses, decorated with foil in addition to gold leaf, became associated with Christmas tradition. Their popularity rose when the Brothers Grimm wrote the story of Hansel and Gretel, in which the main characters stumble upon a house made entirely of treats deep in the forest. It is unclear whether or not gingerbread houses were a result of the popular fairy tale, or vice versa. 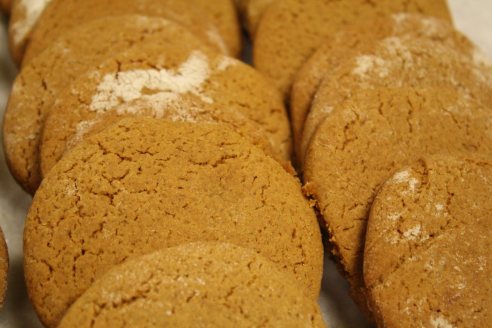 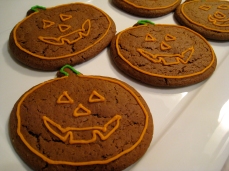