Santa’s helpers. Those little people with the red and green suits that make toys for all the girls and boys. That dance about so spritely and song in their hearts. Where did they come from?

Many European countries believed that spirits, both good and evil, were active during the Twelve Days of Christmas. In pagan times, Elves were believed to guard homes against evil. If you were good, the elves would be good to you, but if you were bad, they would play tricks on you. They were known to give people nightmares by sitting on their head while they were asleep. To keep the elves well fed, happy and out of mischief, people left a bowl of porridge on the doorstep at night.

These spirits eventually evolved into Santa’s elves. The first author known to create the concept was Louisa May Alcott, creator of Little Women, in 1850. However, the book she wrote, called Christmas Elves, was refused for publication. Despite that, the concept began to spread. By the 1870s there were multiple sources spreading them, such as the magazine that had previously popularized the Christmas tree, Godey’s Lady’s Book. 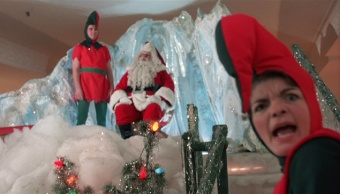